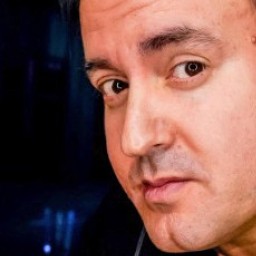 Ready for thirty minutes of love, separations and everything that happens in between?

I was already in the mood to hear some passionate songs again! So, I got to work! The result is a new episode of “Lazy Morning”!

Well, this new selection of songs starts with “Alma Con Alma”. This bolero comes to life with the voice of Adalberto Santiago and the orchestra of Ray Barretto. Recorded in 1971, the song is track number 3 on the album “The Message”.

We traveled to Cuba, the motherland of so many rhythms and musical styles, including bolero. The year is 1952 and the magnificent Bobby Capo plays “Piel Canela” accompanied by the Sonora Matancera orchestra.

Bobby Paunetto was a vibraphonist and composer of salsa and latin jazz. He completed studies in composition at the famous Berklee College of Music in Boston. For many, he was one of the main figures, along with Eddie Palmieri, to fuse salsa music with jazz. In 2010 Fania Records returns to publish its 1967 album, “Sonido Moderno”, but it also incorporates the “Seeco Sessions” recorded in 1965. There we find the fantastic “De Mi Amor”.

Lucrecia Pérez Sáez, simply known as Lucrecia, is a Cuban singer and songwriter. She settled in Barcelona in 1993. In 1996 she published the album “Boleros”. There we find this live version of “Añorado Encuentro”. Spectacular moment!

Willie Bobo, what an artist! William Correa was a Latin jazz percussionist who played a pivotal role in the incorporation of elements of jazz, rock and soul in Latin music, in the late 1960s, laying the foundations for boogaloo and latin soul. In 1966, on Verve Records, “Feelin ‘So Good” was released. Track number 3 is this irreproachable “Dichoso”.

Cuban bassist and composer Juan Formell has left an unavoidable mark on modern Cuban music. The Songó style was created by him. His band Los Van Van, which still remains a reference led by his son Samuel Formell, continued to break new ground. One of the last albums recorded with the presence of Juan Formell was “Lo Ultimo En Vivo”, recorded, as the name implies, live in 1994, at the Salón Rosado de la Tropical, in Havana, Cuba. The song “Tu Me Haces Falta” is spectacular.

El Gran Combo De Puerto Rico is an authentic institution in the history of Puerto Rican music and was founded in 1962 by Rafael Ithier. From his great discography, we find varied styles, a little in function of the styles and trends of the various times that they have gone through. In 1968, the album “Tangos” was released by Gema Records. There we find the theme “En Un Beso La Vida”.

Sylvia Rexach was a Puerto Rican poet, lyricist and composer. She was born in 1921 and died in 1961. The Instituto De Cultura Portoriqueña published the album “Sylvia Rexach Canta A Sylvia Rexach” where Sylvia’s voice is accompanied by Tuti Umpierre‘s guitar. This “Es Tarde Ya” is something exceptional.

And so we concluded another “Lazy Morning”. A delightful time to enjoy all the feelings that these types of songs contain.

Where can I listen to “Lazy Morning”?

You can listen to the episode right here: 👇🏻

What is “Lazy Morning”?

It feels so good to put some songs full of feeling to play, turn up the volume … and just travel. These songs make us relive adventures from our past. It reminds us of joys and sorrows. Help us to celebrate life. They tell stories. Like mine, like yours.

The “Lazy Morning” is that moment of travel. Morning, afternoon, night, dawn, sunset, no matter when or where. It is important to feel this vertigo again. It makes us feel alive! The delicacy, sweetness and softness of the bolero turns it into the ideal musical rhythm to elevate the lyrics of these romantic songs.

How can I support?

The music used in Mixcloud is fully licensed. The payments received are distributed by the musicians, the content creator and the streaming platform. Know all the details here → https://bit.ly/hugoleite

Thank you very much for your support.